Xerneas is a blue and black, quadrupedal, stag-like cervine Pokémon with an eight-horned set of antlers extending out from its head, four on each side. It is not known to evolve into or from any other Pokémon.Along with Chespin, Fennekin, Froakie, and Yveltal, it was the first Generation VI. Pokémon to be revealed to the public on January 8, 2013 as part of the Pokémon Direct broadcast.
Xerneas is the version mascot of Pokémon X, appearing on the boxart.
About the Model:
Height: 94cm/40cm
Width: 78.8cm/33.5cm
Depth: 44.2cm/18.8cm
Difficulty: 5/10
Number of Pages: 27/7
Number of Parts: 196/193
DOWNLOAD BIG / SMALL VERSION
Build order: Antlers, head, neck, front legs, body, hind legs, tail.

Notes: The big version requires really strong paper in order for it not to cave in on itself, since the head is quite huge. 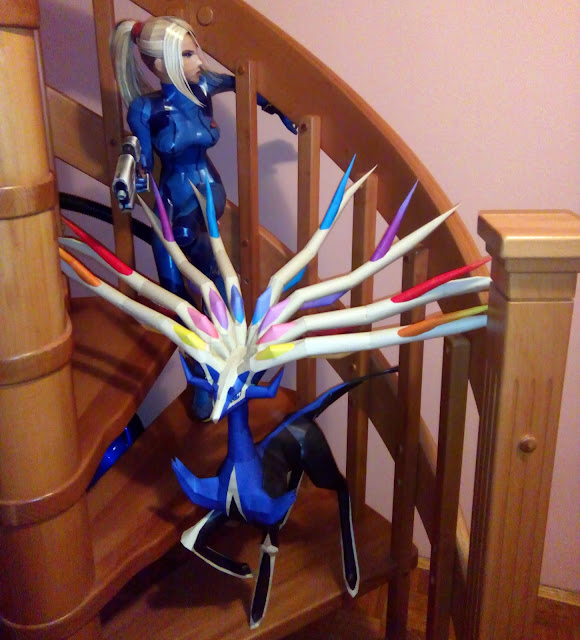