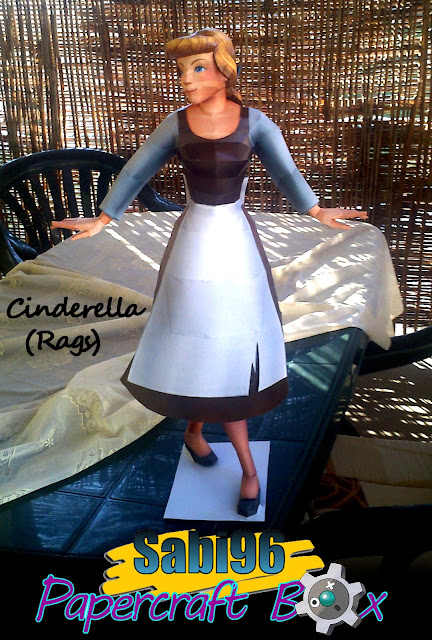 Cinderella is a fictional character and is the main protagonist in Disney's twelfth animated film, Cinderella (1950), and its two sequels. The Disney version of the character was based on the French version of the tale by Charles Perrault, written in 1634 in Histoires ou Contes du Temps Passé. She is the second in the Disney Princess line-up. Cinderella was voiced by the late Ilene Woods in the original film with Jennifer Hale taking over in the sequels.
About the Model:
Height: 60cm
Width: 37.5cm
Depth: 22.5cm
Difficulty: 6/10
Number of Pages: 16
Number of Parts: 106
Download A4 ONLY
Build order: Face, Hair, neck, arms, body, skirt, ribbon, apron, skirt (inner), legs and finish with the stand(optional)
Notes: This is the only picture i have, the model is ruined.