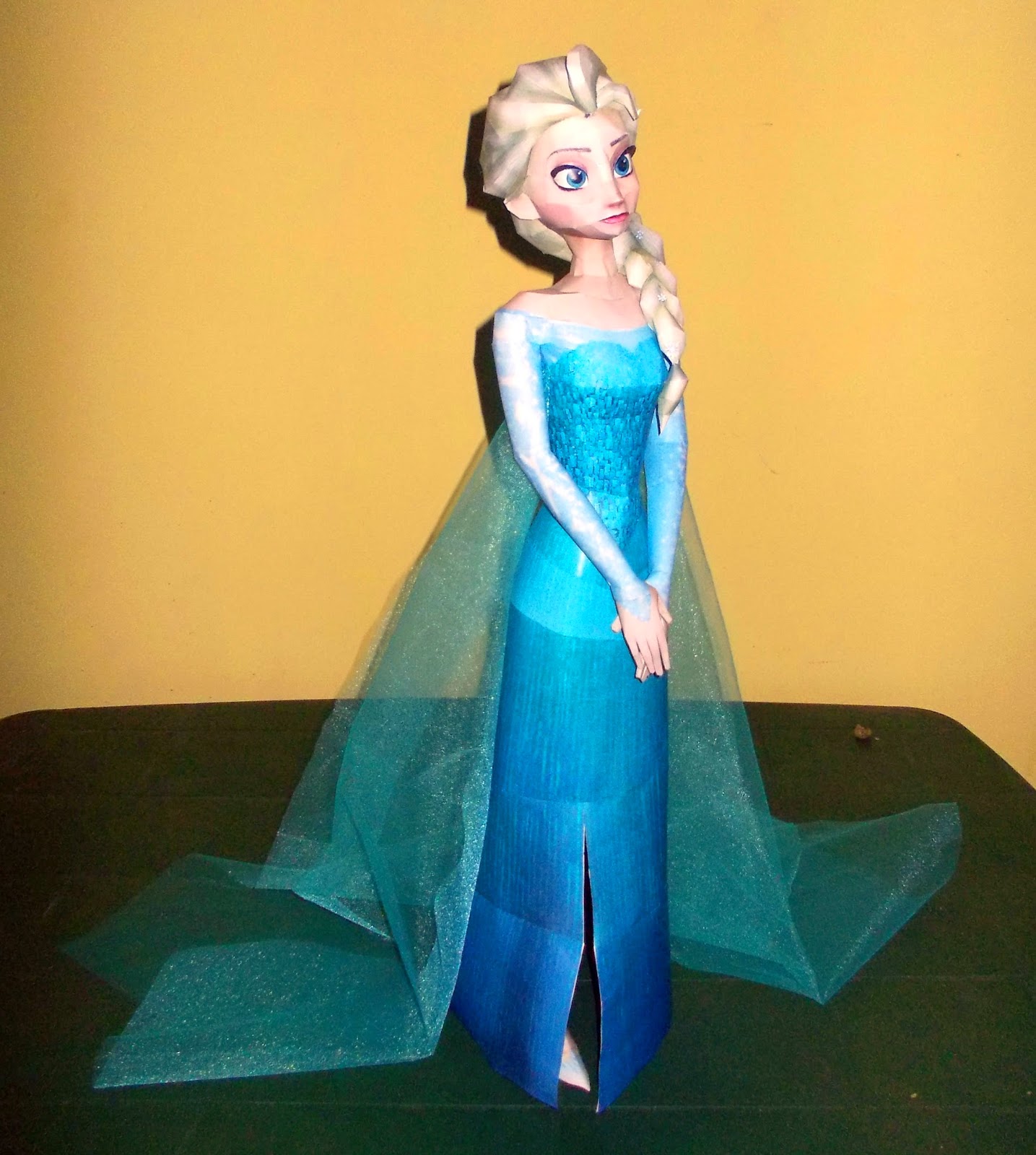 Elsa the Snow Queen of Arendelle is the deuteragonist of Disney's Academy Award-winning 2013 animated feature film Frozen. She is the older sister of Princess Anna and was next in line for Arendelle's throne, until her powers over ice and snow led her to become the famous Snow Queen, ruler of winter. She is voiced by Idina Menzel. Along with Anna, Elsa is set to become the 13th official member of the Disney Princess line-up. Elsa is loosely based on the title character of "The Snow Queen", a short story by Hans Christian Andersen, and to a much lesser extent, Kai from the same story. While the character from the original fairy tale was an antagonist, Elsa was rewritten as a protagonist.
About the Model (Capeless):
Height: 80cm
Width: 28.3cm
Depth: 22.8cm
Difficulty: 4/10
Number of Pages: 2
Number of Parts: 26
Download A4 ONLY
Build order: Start with the tip of the braid, then continue in this order. hair, face, neck, arms, torso, outer skirt, shoes and legs, inner skirt, and then connect the inner skirt to the outer by gluing it inside. At the end add the cape (optional; you can either use the pdo or make one yourself)
Notes: The package includes a cape pdo. You can build it if you want, or you can use tulle. 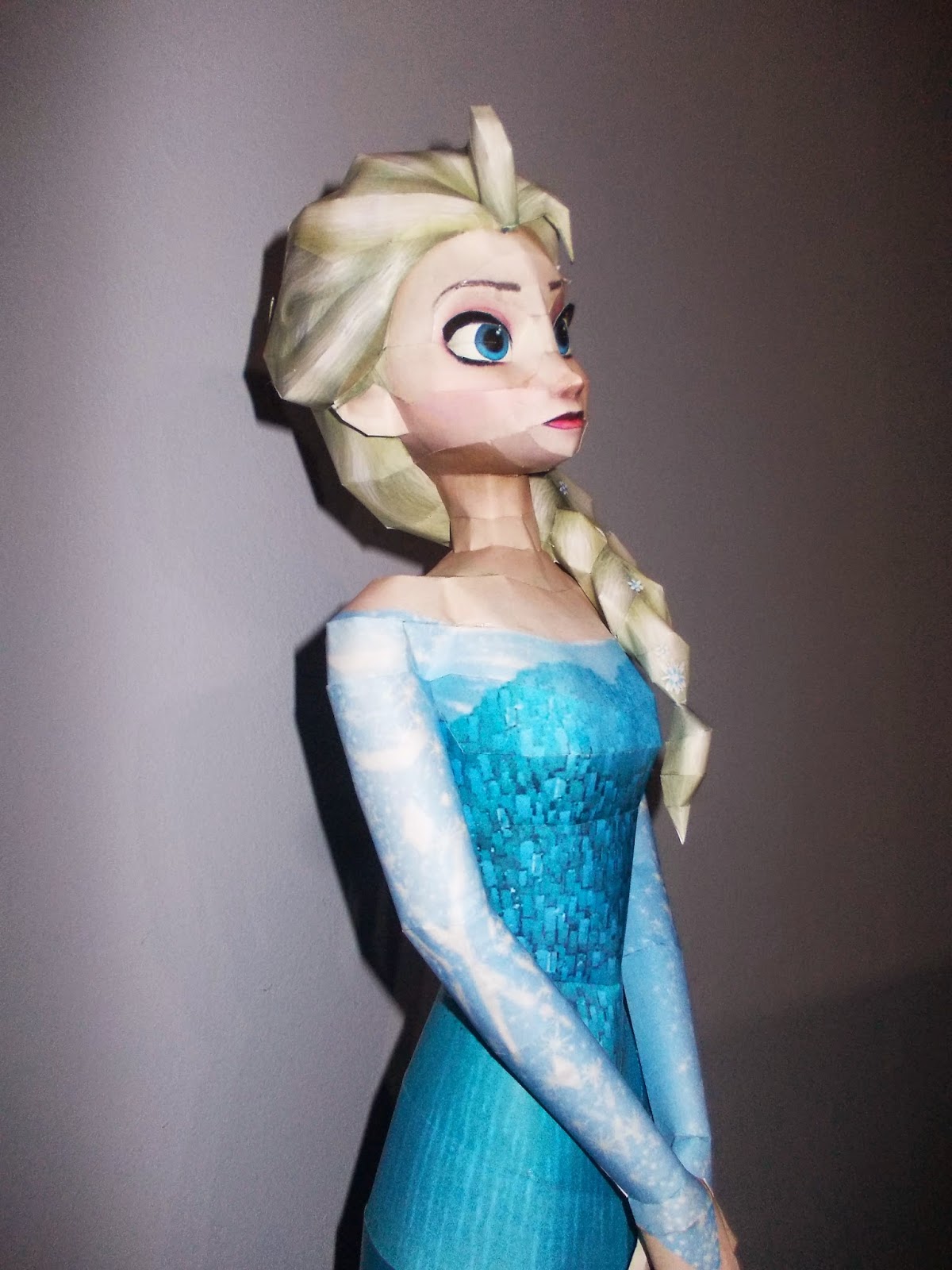 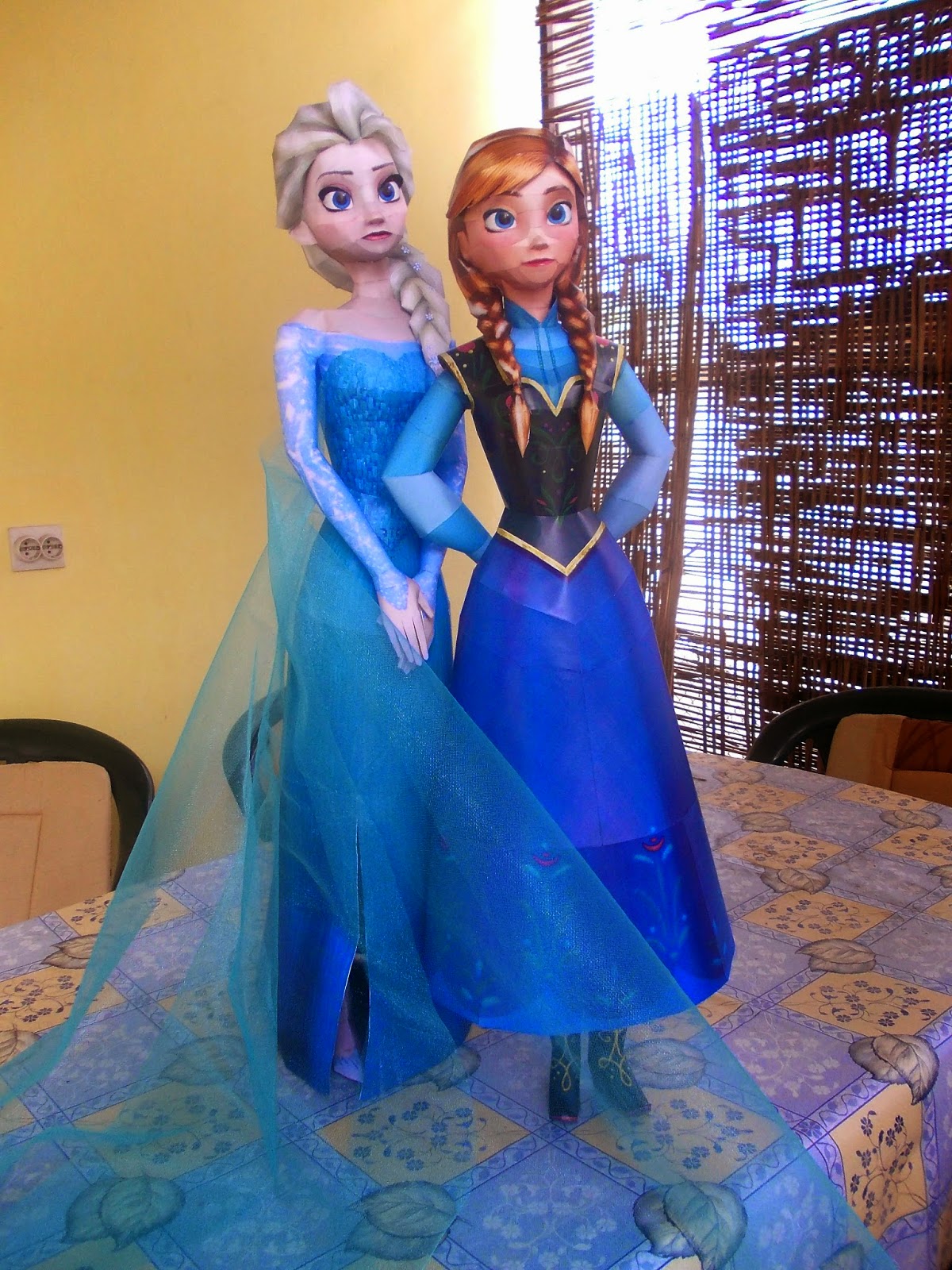 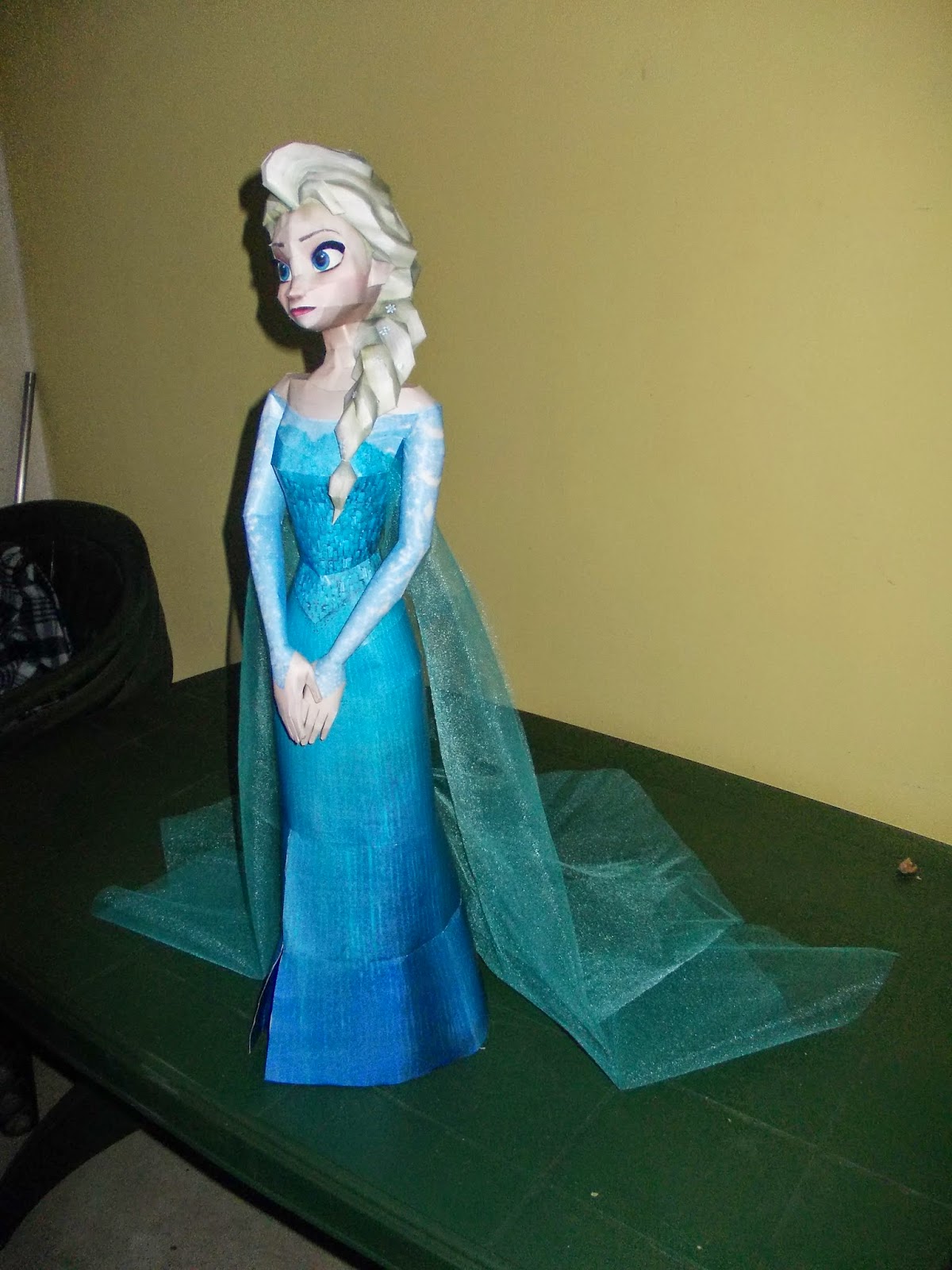 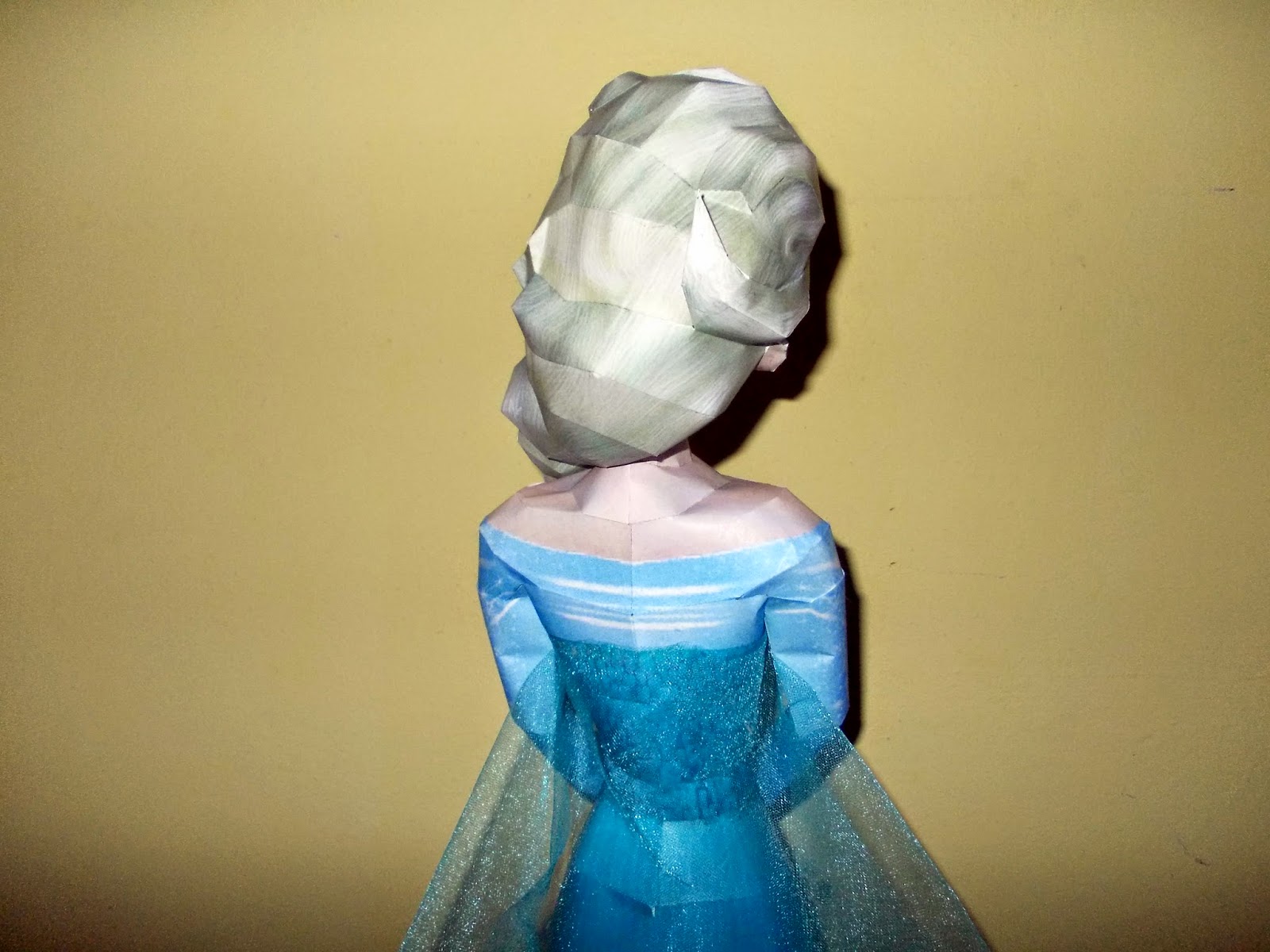