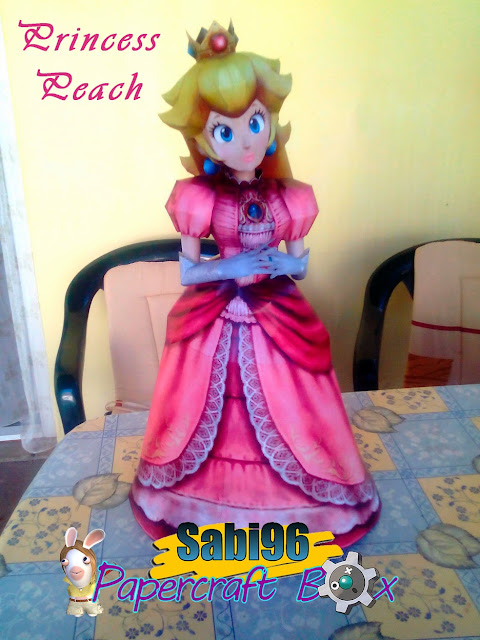 Princess Peach is a character in Nintendo's Mario franchise. Originally created by Shigeru Miyamoto, Peach is the princess of the fictional Mushroom Kingdom, which is constantly under attack by Bowser. She often plays the damsel in distress role within the series and is the lead female. She is often portrayed as Mario's love interest and has appeared in nearly all the Mario games to date; with the most notable being in Super Princess Peach where she is the main protagonist.
About the Model:
Height: 36.9cm
Width: 22.3cm
Depth: 18.5cm
Difficulty: 3/10
Number of Parts: 85
Number of Pages: 6
Download A4
A3 PDF ONLY