Seven Wonders of the Ancient World Pt.3 – The Temple of Artemis 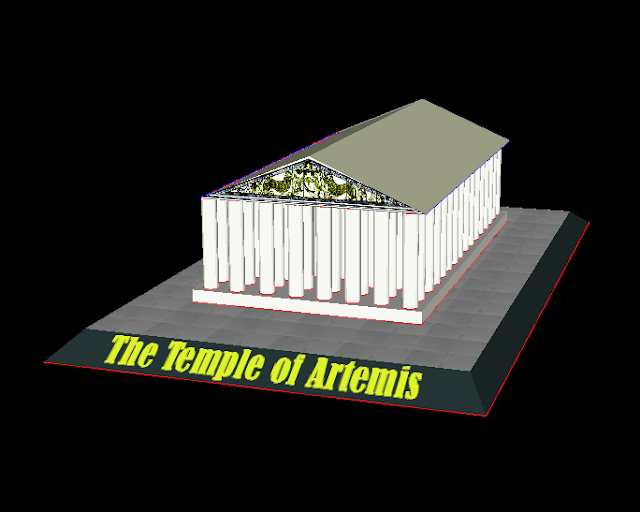 The Temple of Artemis (Greek: Ἀρτεμίσιον, or Artemision), also known less precisely as the Temple of Diana, was a Greek temple dedicated to the goddess Artemis and was one of the Seven Wonders of the Ancient World. It was located in Ephesus (near the modern town of Selçuk in present-day Turkey), and was completely rebuilt three times before its eventual destruction in 401.[1] Only foundations and sculptural fragments of the latest of the temples at the site remain.The first sanctuary (temenos) antedated the Ionic immigration by many years, and dates to the Bronze Age. Callimachus, in his Hymn to Artemis, attributed it to the Amazons. In the 7th century BC, the old temple was destroyed by a flood. Its reconstruction began around 550 BC, under the Cretan architect Chersiphron and his son Metagenes, at the expense of Croesus of Lydia: the project took 10 years to complete, only to be destroyed in an act of arson by Herostratus. It was later rebuilt.
About the Model:
Height: 6.4cm
Width: 25.5cm
Depth: 15cm
Difficulty: 7/10
Number of Pages: 4
Number of Parts: 89
Download A4 ONLY
Build order: Base, building, roof and collumns..
Notes: Probably the hardest one, due to the insane ammount of collumns.