Seven Wonders of the Ancient World Pt.5 – Mausoleum at Halicarnassus 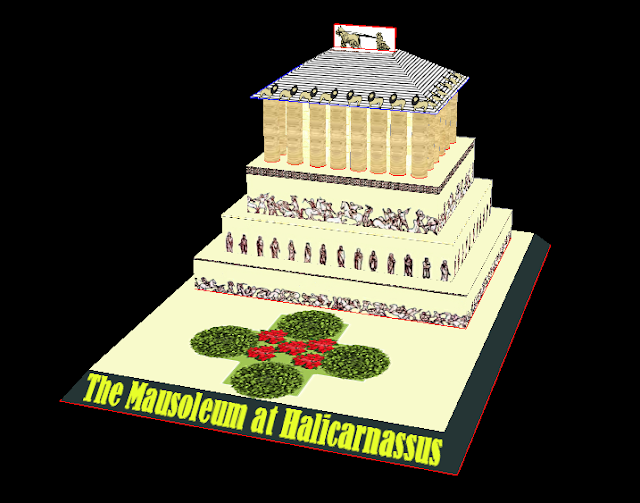 The Mausoleum at Halicarnassus or Tomb of Mausolus was a tomb built between 353 and 350 BC at Halicarnassus (present Bodrum, Turkey) for Mausolus, a satrap in the Persian Empire, and Artemisia II of Caria, who was both his wife and his sister. The structure was designed by the Greek architects Satyros and Pythius of Priene.The Mausoleum was approximately 45 m (148 ft) in height, and the four sides were adorned with sculptural reliefs, each created by one of four Greek sculptors — Leochares, Bryaxis, Scopas of Paros and Timotheus. The finished structure of the mausoleum was considered to be such an aesthetic triumph that Antipater of Sidon identified it as one of his Seven Wonders of the Ancient World.
About the Model:
Height: 13cm
Width: 22.7cm
Depth: 16.4cm
Difficulty: 4/10
Number of Pages: 4
Number of Parts: 34
Download A4 ONLY
Build order: Base, main building, collumns, roof and finish with the statue.
Notes: Probably the nicest...