0 Comments
20 enero, 2013 / Pepa Cola
;
Princess Ariel is a mermaid who first appeared in Disney’s 1989 theatrical release, The Little Mermaid, as the main protagonist. She reprises her role as the protagonist in its prequel television series, and prequel The Little Mermaid: Ariel’s Beginning.  Though she is the secondary character in The Little Mermaid II: Return to the Sea, while her daughter, Melody became the new primary character. Ariel is voiced by Jodi Benson in all the above animated material except the parody non-Disney apperances. She is the fourth Disney Princess and the only mother in the Disney Princess franchise.
About the Model:
Height: 35cm
Width: 39.6cm
Depth: 25.8cm
Difficulty: 6/10
Number of Pages: 11
Number of Parts: 94
Download A4 Only

Build order: Face,Hair,Neck,Arms,Body,Tail,Fins.
Notes: The hair isn’t easy. and close it with the hair in the middle, the part with only one tab which connects to the other side of the part. 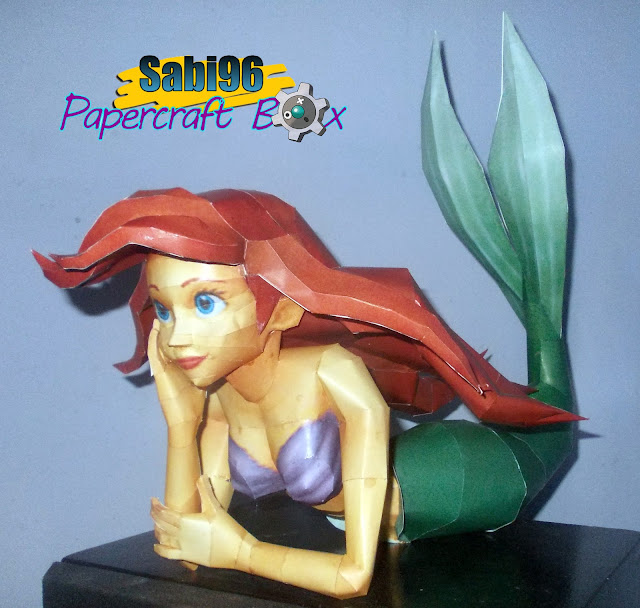